Hamms is the facilitator of the underground facility under the church. Hamms helped Kuro Usagi out testing her community's strength. Hamms has 3 forms: mouse, giant mouse and human form. Hamms is sensitive to sudden temperature change because he is made from glass by Shiroyasha.

Mouse Form- Hamms wear a robe that is torn on the bottom with a ribbon. He usually is seen with a lamp

Giant Mouse Form- Hamms turns into a giant. His body get fatter and become lazy. He wears a robe with a ribbon.

Human Form- Hamms has a loli body. He wears a dress and a robe with boots. He has short hair and has two buns on the sides of his head. He proclaims that he smells like an old man still in loli form.

Hamms is energetic both in mouse and human from. He becomes very lazy in giant form. In human form Hamms became a bit crazy when he was fighting against the No Names.

He lives within an old, rundown church where he awaited the No Names to begin the Gift Game from the nameless host. He ends up scaring Black Rabbit upon their meeting.

He introduces himself as Indy Hamms, and stated his favorite food and likes.

Hamms has no Gift but his physical strength alone is enough to shatter the building around him and throw a rock with the force of a flying bullet, enough to make Izayoi bleed. Also, because of the owner Shiroyasha infused into him, he is able to match Izayoi physically. 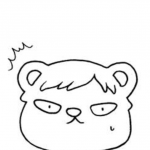 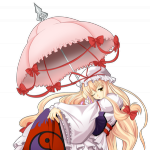 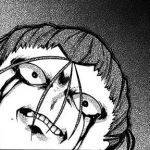