You has her gift game with Ayesha and Jack-O-Lantern and surrenders to it. Afterwards, game sheets drift down from the sky challenging a game with everyone. Since Shiroyasha can't compete in it, she is held captive in a sphere of darkness. The team then meets Weser, Ratten and their boss: Black Percher (Pest).

They fight the game and it looks like it will all fail... 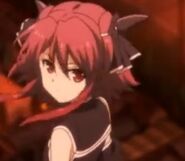 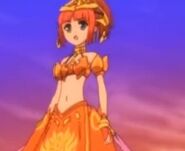 You With Calico Cat

Shiroyasha Can't Compete
Add a photo to this gallery

Retrieved from "https://mondaiji.fandom.com/wiki/Episode_8_-_It_Seems_That_a_Great_Disaster_Will_Come_with_a_Flute%3F?oldid=20678"
Community content is available under CC-BY-SA unless otherwise noted.