The Problem Children find out that the members of the No Name community have been invited to a festival held in the Northern Region and decide to go to the community of Salamandra .

Kasukabe finds a letter saying that the members of No Name community were invited to a festival to be held in the Northern Region  to celebrate the rise in power of the local leader and tells the others about it.

Upon being warned by the others to not take part in the Festival due to the high traveling costs, Izayoi, Asuka and Yō decide to go there and to tease Black Rabbit, they leave behind a letter of challenge to her claiming that they will leave the community should she not catch them in a day. They travel to the Northern Region with the help of Shiroyasha, after they agree to help her.

Soon after arriving at the Northern Region, the three are intercepted by a furious Black Rabbit who manages to catch Yô.

Izayoi escapes with Asuka and the two stroll through the streets and discuss having a harvest festival of their own when Black Rabbit appears and manages to catch Asuka and then chases after Izayoi.

Drawing the attention of onlookers, Izayoi challenges her to a Gift Game where the winner is whoever manages to touch the other person first will be granted to make a request to the loser. The challenge ends in a draw, with both being granted a wish from each other, but all the commotion they cause brings the attention from the local authorities. 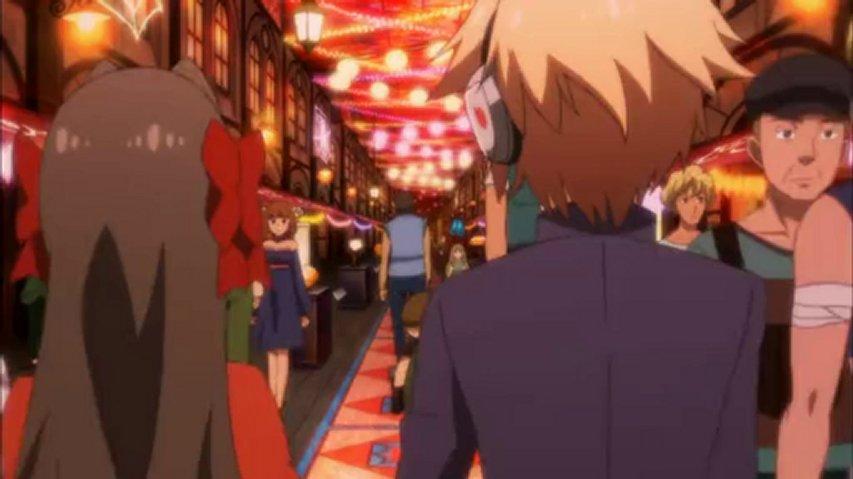 Retrieved from "https://mondaiji.fandom.com/wiki/Episode_6_-_Looks_Like_the_Problem_Children_are_Participating_in_a_Festival%3F?oldid=20677"
Community content is available under CC-BY-SA unless otherwise noted.