Izayoi and the others meetLeticia , a former Demon Lord and member of the No Name community and find out that she now a slave and in danger of being sold off by her master. Trying to find a way to get her back, the Problem Children and Black Rabbit  meet with Luios, Leticia's current owner but things don't go as planned.

As Yō Kasukabe recovers from the fight with Galdo Gasper, Black Rabbit discusses with Izayoi about their next step: to rescue an important friend of hers called Leticia Draculair, a former Demon Lord who was stripped of her title and turned into a slave. After Black Rabbit leaves, Izayoi Sakamaki is approached by the same vampire who assisted Galdo, who is revealed to be no other than Leticia herself and learns from her that she has done so to make sure if he and his friends has what it takes to help the community rise again. However, she also reveals that her current master intend to sell her away, making them unable to retrieve her by challenging them on a Gift Game.

Meanwhile, Shiroyasha learns the same info from her visitor, who happens to be Leticia's current owner, Luios Perseus from the Perseus Community.

Looking to help Izayoi and the others refine their skills, Leticia challenges Izayoi to a Gift Game, but as she is about to be defeated by Izayoi, Black Rabbit protects her, as she realizes that her strongest gift "Lord of Vampires" was taken from her. Members of Perseus appear, sent to retrieve Leticia, who saves Asuka from being turned into stone by receiving the beam that was sent at her.

After Leticia is taken away, Izayoi, Asuka and Black Rabbit has a meeting with Luios at Shiroyasha's place and as Luios takes an interest on Black Rabbit, he offers Leticia in exchange of she becoming his slave.

Back at the community, she considers accepting his proposal but as the others dissuade her, Izayoi appears with two rare items he obtained by himself, which Black Rabbit uses to force Luios to accept a Gift Game against the "No Names" with said items and Leticia as the prize. 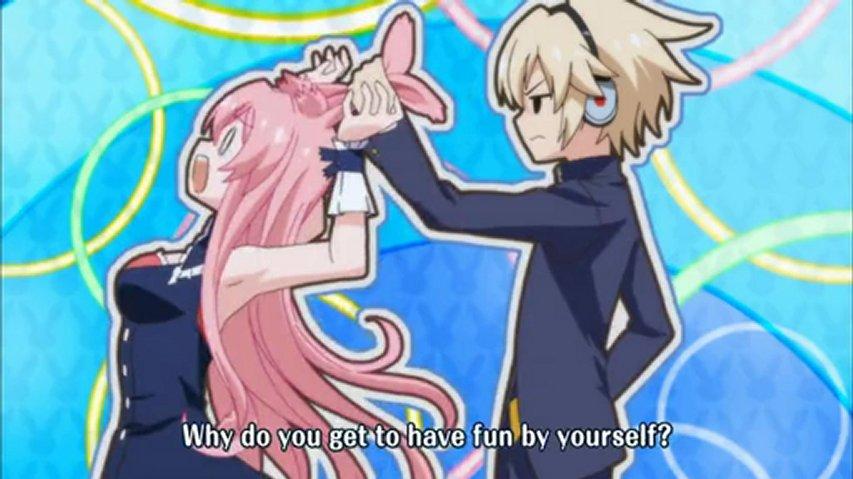 Retrieved from "https://mondaiji.fandom.com/wiki/Episode_4_-_It_Seems_Some_Pervert_is_After_Black_Rabbit%3F?oldid=20675"
Community content is available under CC-BY-SA unless otherwise noted.