After an attempted attack from Galdo's subordinates, the time for the showdown between the two communities has come. Jin, Asuka, and Kasukabe Yō take up the challenge only face a stronger and different Galdo than the one they met before.

With the gift from the water god, the water supply of the "No Names" is restored and Black Rabbit, Asuka, and Yo go take a nice warm bath.

In the eve of the challenge with Fores Garo, Izayoi stops an attack from Galdo's subordinates and reveals to them that their efforts are futile as all of Galdo's hostages were already killed by him. Before sending them away, Izayoi asks them to spread news about Jin, claiming that his community welcomes anyone willing to overthrow the Demon Lords.

Jin does not agree with the idea at first, but Izayoi convinces him to think about it, arguing that the community needs to have something to represent them. Later, after learning that one of their comrades was still alive, he promises to get her back for them if they win the next day.

In the next day, the group finds Galdo's house involved by a strange forest and the rules of the challenge involve defeating Galdo only with a designated weapon.

Jin, Asuka, and Yō take the challenge and find him transformed in a huge beast beside a sword in the wall that they recognize as the weapon they need. Yō holds off the beast and Asuka orders Jin to escape, but he ends up doing so by carrying her in his arms.

After she manages to stop him, they learn that Yō is severely wounded by Galdo and Asuka takes the sword to fight him by herself.

First she draws him away from the mansion by setting it on fire and uses her "Authority" to control the trees to restrain him and draw power from the sword to defeat him. As Black Rabbit takes Yō to be treated, all of Galdo's slaves are freed and Jin renews before them his vow to take down the Demon Lords. Meanwhile, an unnamed man arrives at Shirohasha's place.

Character (In Order of Appearance) 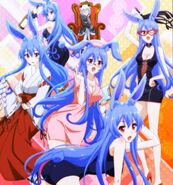 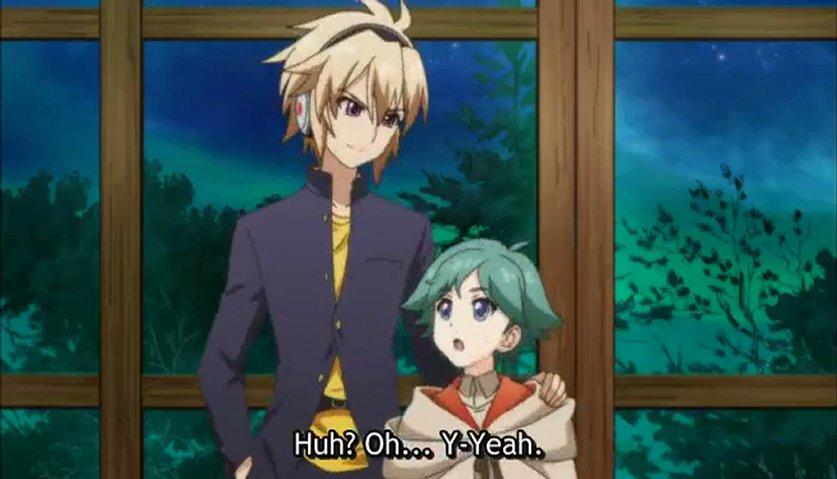 Retrieved from "https://mondaiji.fandom.com/wiki/Episode_3_-_Sounds_Like_We%27re_Doing_All_Sorts_of_Stuff_in_the_Bath_Together%3F?oldid=20674"
Community content is available under CC-BY-SA unless otherwise noted.